The five domestic KAI branches are playing an important role in expanding domestic market share of KAI products. Director Hiroyuki Mori has been in Hiroshima for the three years.
“The Hiroshima Sales Office covers eight prefectures in the Chugoku and Shikoku regions. I am in charge of this wide area with four salespeople, including myself,” says Mori. Established four years ago, their office is 10 minutes walking distance from Hiroshima Station. “As for the sales activity, we make proposals to retailers, including drugstores, supermarkets, and home centers, together with our main consumer wholesaler. Our major retail store decides shelf allocation twice a year, in the spring and autumn. Our strength as a company is being comprehensive. KAI is the only cutlery manufacturer in the world to offer such a diverse range of products.”
“The key to sales is the relationship between people,” says Mori. “The importance of face-to-face conversation does not change, even as technology advances.” We are looking forward to the future of this elite team, which is well-rooted in the region. 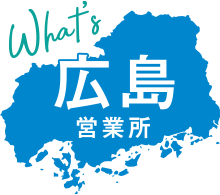 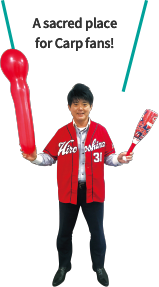 Director Hiroyuki Mori was born in Asahikawa, Hokkaido. Mori started working at the KAI Osaka branch, then transferred to Nagoya, Tokyo, and Sapporo. In 2017, he moved to the Hiroshima Sales Office as the Director. With an abundant sales career, he is currently eagerly working on expanding sales channels in the Chugoku and Shikoku areas with three sales and two office workers.