Celebrating tenth anniversary of building a business foundation with beauty products.
What is the goal for the next ten years?

Korea is a beauty conscious country. It is an attractive market if you consider selling beauty tools.
It has been ten years since ‘kai jirushi korea corp.’ was established and KAI’s reliable craftsmanship has mixed well with Korea’s rapid trend of change,
the beauty division has steadily achieved good results. We interviewed them for their strategy and the goals for the next decade.

Ten ‘Blueprints’ we want to realize in Korea.

‘kai jirushi korea corp.’ is celebrating its 10th anniversary in 2017. At time of launch, Choi Jong-Mun, Kai Korea’s representative, told the KAI Group CEO that there are ten ‘Blueprints’ he would like to realize in Korea. ‘During the last decade three of them were realized.’ says Choi.

There are many competitors in the beauty sector. Among them, KAI boasts its high quality and design to differentiate it from other brands.
We have aimed to introduce our products to supermarkets, convenience stores, drugstores, etc., through the No.1 retailer and distributor in each field and after gaining brand power, it became easier for us to sell our products to other companies.

Our next step is to expand our sales into household goods. Same as the beauty division, appealing to the high quality and design of our knives and other kitchen tools, we enhance our brand image mainly targeting upper class society. Over the next decades, household goods sales will be the core project to realize the rest of the seven ‘Blueprints’. Choi Jong-Mun／Executive Officer of kai jirushi korea corp. A meritorious person who launched Kai Korea ten years ago. Based on the belief that ‘The satisfaction of employees leads to the happiness of the company’, actively building a better working environment.

Kang Seonju／The first employee of kai jirushi korea corp. ‘At the time of launching with Choi there weren’t even any desks in the office and we had meetings on the floor. I am glad that we have so many employees now.’ She was the first employee to have maternity/care leave and feels proud that KAI has a good working environment for women. There are actually many women in the company and even some employees who are good at violin like Kim Sung-Hyun! 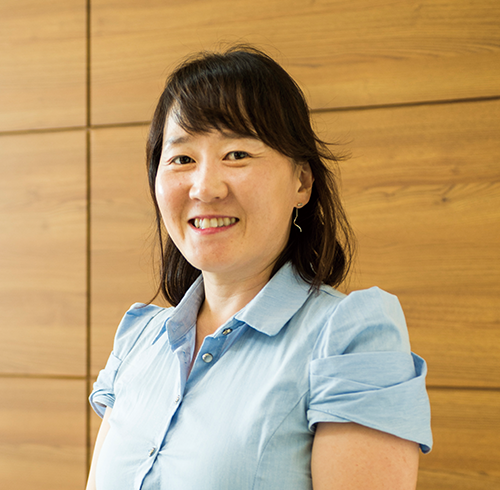 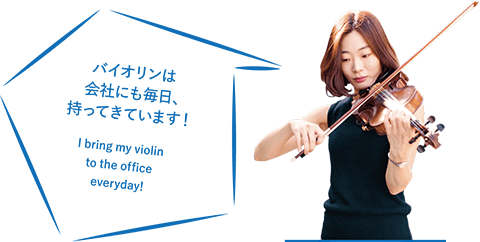 Han Bok-ryo is the third-generation skill holder of ‘Korean Royal Court Cuisine’.The food culture of young people diversifies as globalization progresses. In such conditions, she is passing the knowledge of court cooking culture to the present. ‘Originally, court cuisine was served only for the kings by professional chefs using the best ingredients. In my cooking class, by using KAI’s knife, I am arranging court dishes so that they become familiar to the average person, and even easy to cook at home.

Kai Korea has a profound relationship with ‘OLIVE YOUNG’, the cosmetic shop in Korea which everyone knows belonging CJ group, one of the Korea’s leading company. There are more than a thousand shops in Korea, popular enough to be used as meeting points for many people.

KAI provides 7 types of Private Brand products for them and ‘Many of them are very popular, especially the razor and other cutting tools which are getting more core customers.’ says Lee Kyu-young, assistant manager. ‘OLIVE YOUNG’ is gaining firm trust from their customers and Kai Korea’s brand image is increased by putting their products in their stores.

New PB product will be released next year and they are contributing to inspiring the Korean beauty scene by making the best use of each other's advantages. 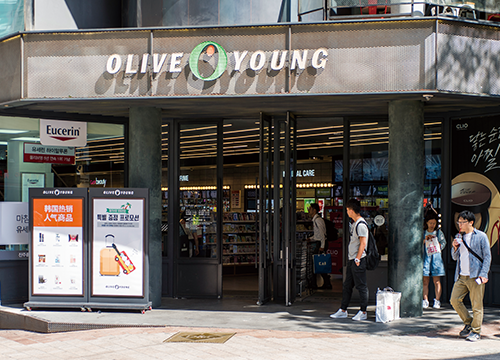 Since the first store opened in 1999, it is a major chain store selling cosmetics and foods with the theme of ‘health & beauty’, handling a lot of Japanese products as well.

Lee Kyu-young／‘OLIVE YOUNG’ merchandiser. Product planning experts who manage all works from the introduction of new products to sales. In the Korean distribution industry, merchandiser is called the ‘flower of distribution’. 'Because KAI products are selling so well, I want more stock at brand sales, which are going to be done four times a year!’ says Lee. 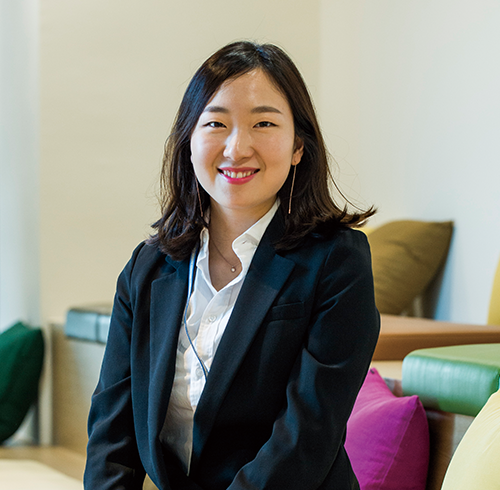 OLIVE YOUNG PB product is stored in a silver-based package with a sense of cleanliness, a friendly design for all generations.

From the left / ‘Foldable Eyebrow Leather’ A convenient, handy size razor for the eyebrows. / ‘bi-hada ompa’ razor for soft, downy hair which reduces the effect of the blade on the skin with about 100 acoustic vibrations per second. / ‘Aquafit’ A soft grip that can be used in any way. Excellent in water retention, you can shave smoothly with just water. / KAI's long seller celebrating 30 years since its debut ‘Pretty Slim’. To make it easy to care for fine parts, the handle is at an angle. 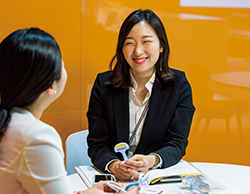