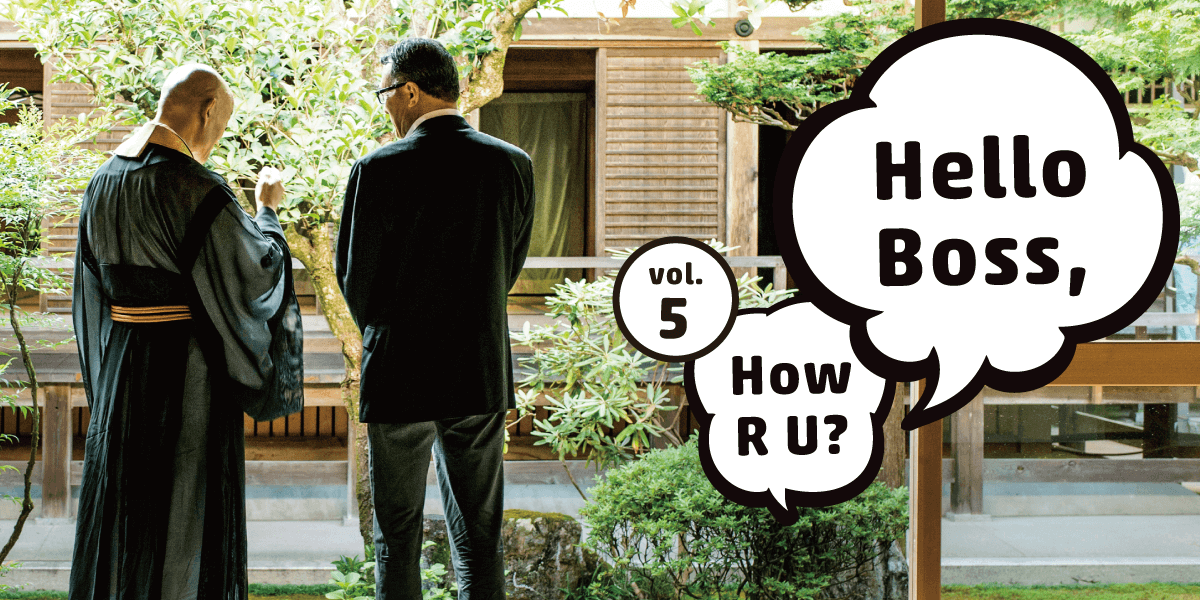 Zen teachings are the supporter of my soul and foundation of my thinking.
Today, I visited the Shōgen-ji temple, the school of the Myōshin-ji Rinzai sect of Zen Buddhism which is near my home. We have a 40-year relationship with the temple and I've been begging to hear the teachings of Zen from the old priest Sogen Yamakawa. Shōgen-ji and the Endo family have had a long relationship for many years. My grandfather and father were taught from several generations ago by the old priest, Itsugai Kajiura. When they had big decision to make in their management, they often visited the old priest for consultation. That is why I have been visiting here since my childhood. My school camp during summer in elementary school was held at this temple. The trainee monks called ‘Unsui’ work hard on solving Zen riddles and Zen meditation with live-in positions at the temple. There are a lot of teachings to be learned from the old priests. For example, ‘effort earns success’ is one of them. When you get stuck on something, if you keep making effort there will be a change in your situation at some point and you can always come up with a solution in the end. Zen teachings are the supporter of my soul and foundation of my thinking. Every year, KAI freshmen come here for training. I might join the training next year to drink from the same cup with them.

Shōgen-ji, which is also referred to as the ‘inner shrine’ of the Myōshin-ji school of the Rinzai Sect is known throughout the country as a professional dojo of strict Zen training, also famously visited by Tetsuji Kawakami and Senichi Hoshino. Annex to the Shogen Junior College,
872-2 Ibuka-cho, Minokamo City, Gifu Prefecture ☎+81(0)574-29-1369