Los Angeles is the center of the West Coast and the leader of its unique relaxed atmosphere. Skateboards, surfing, movies, etc. have a powerful influence naturally spreading around the world. From the root of her organic culture, Los Angeles has been creating an evolved culture that often runs counter to what is considered common sense.
A lot of people enjoy the blue skies and the white beaches. This amenity is the heart and soul of Los Angeles. The oceanfront walk that continues from Marina del Rey to Santa Monica welcomes us with its unchanging scenery every time. 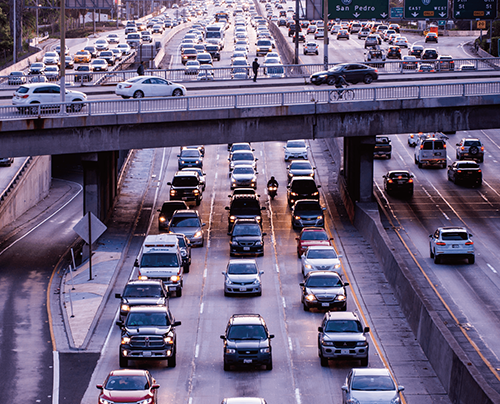 Even though L.A. is a car-dependent society, there are not many highways and traffic congestion in Los Angeles is a serious problem. However, traffic congestion in the evening can be iconic to Los Angeles.
It is overwhelming to see such a huge assortment of CDs. ‘Amoeba Music’ is a large-scale CD shop of a kind that has become rare in Los Angeles. Even if the CD as a medium declines, let’s hope that this shop will remain as a cultural transmission point. 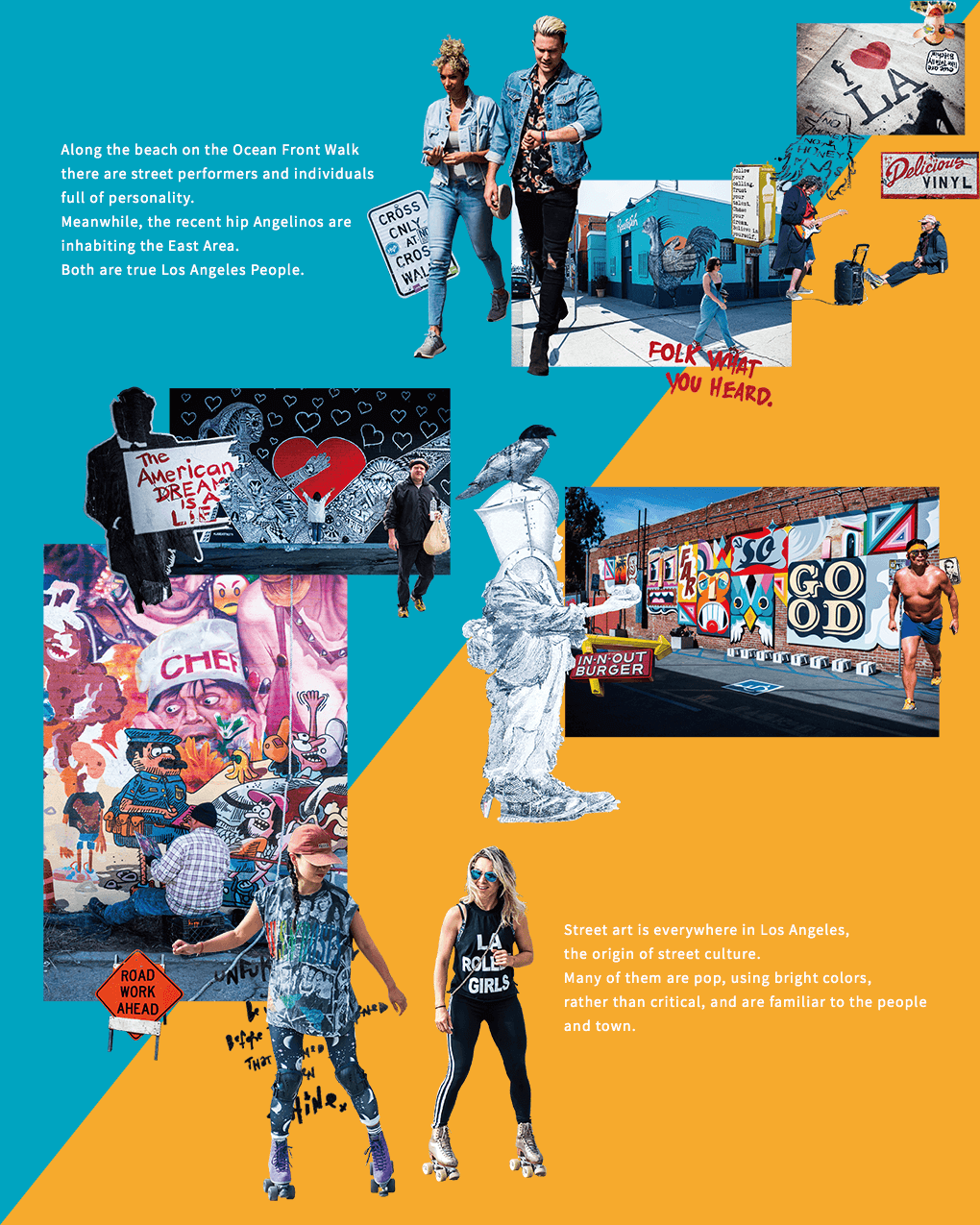 While relaxing, work on your own style.
A generous spirit that lives in creativity.

Many of the ideas now commonly talked about, such as D.I.Y., localism, community, startup, work-life balance, sharing, etc., were nurtured on the West Coast. Los Angeles is the center of this current and filled with an easy atmosphere. Where are her unique creative innovations that stimulate the world coming from other than her relaxed nature?

Paul Takahashi, who was born and brought up in Los Angeles, is the ‘L.A. creator’ who is interested in skating and surfing. He has his own apparel brand, DJ’s at his own parties and has established an internet radio station. He is naturally, and simply pursuing what he really likes and that attitude shines.

‘Because the traffic jams in L.A. are terrible, I prefer a downsized life and work style from home,’ says Ryan Upton, an architect working in his own studio at home. ’Compared to New York, Los Angeles is pretty relaxed and you have some space in your brain to think slowly.’ When you receive creative stimulation, if you can’t digest it and utilize it for your next action, it can be useless. His relaxed mind seems to be the foundation of his unique creativity.

Svenja Altan, who moved from Berlin to Los Angeles and launched a branch of the PR company ‘Bold,’ compared the two countries. ‘People in L.A. are open to any possibility and often ask me unique requests. Such a positive attitude not limited to one’s occupation or position widens the ability of creators,’ says Altan.

Jessica Koslow, is making sugar-free fruit jam and working quite busy days. ‘After experiencing various occupations, I gravitated to the food industry. Whether it is an extension of your work or a totally different thing, L.A. is a city where you can always have a dream and have the opportunity to realize it.’

There is not only looseness but also a tolerant attitude which acknowledges various possibilities that seems to be the source of creating new values.