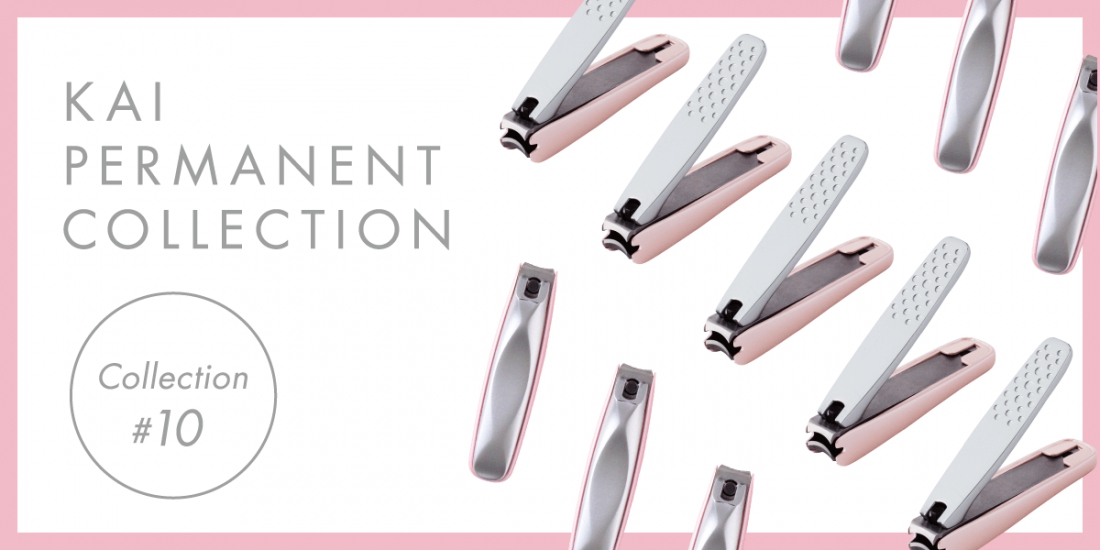 A closely fitting arch
which is gentle on nails

Nail art and drying can cause a lot of problems for women’s nails, for example, whitening, and split nails.

KAI boasts, who the No.1 share of nail clipper in Japan, has developed a new nail clipper adopting an arch shaped blade to solve such problems associated with maintaining women’s nails. The greatest feature is in the two curves of the blade which draw an arc from the top and from the front to fit perfectly with the feminine nail. Thin and easily breakable nails can be cut with little impact or deformation.

Although it is quite difficult to mass produce such a shape, KAI has recently succeeded in mass production by new blade production technology perfected over many years. There are many features other than the blade, such as fine nail file that uses the oxidizing action of metal, the luxurious feeling curved lever made with high-strength metal.

Together with the idea to change the commonplace and the technical power to realize that idea, KAI is constantly striving to create ‘Blades for humanity’ and this arch form was invented from that unchanging concept. It is a popular item that has gained overwhelming popularity with women who understand that concept.