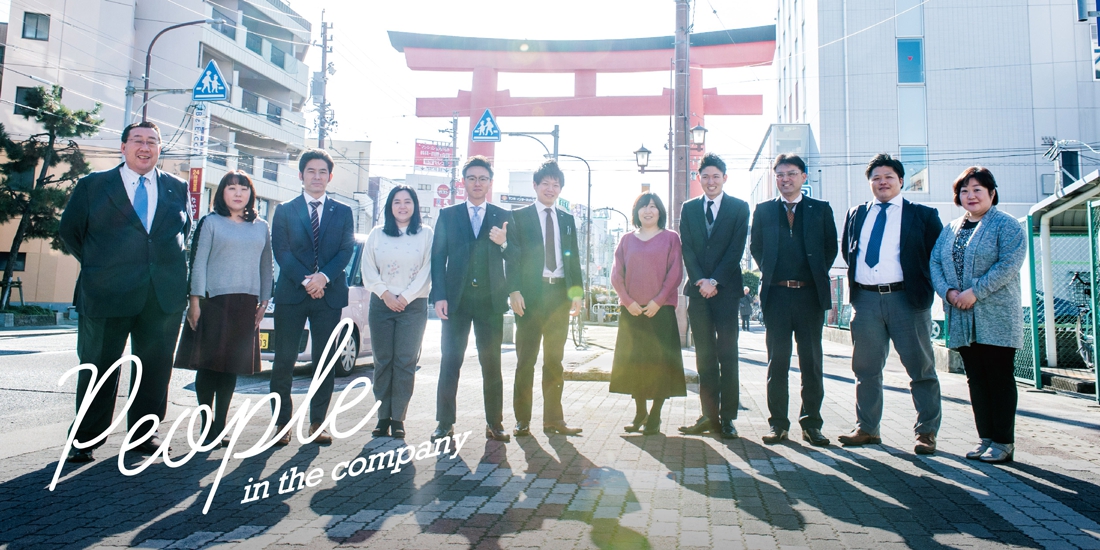 Within the KAI Group home territory,
the Nagoya branch is focusing on steady sales.

‘KAI Industries’ located in Seki City, Gifu Prefecture is the production and product development base of the KAI Group. The Nagoya branch is the nearest sales office, and was established in 1947 as the first branch office. For that reason, information exchange is more frequent in comparison with other KAI branches and their sales performance is always under scrutiny. However, the Nagoya branch members are transforming such pressures into a driving force for better performance.
‘Once you build a solid relationship with the consumer, it will not be affected by the price,’ says Taketoshi Tsuji, Nagoya branch Manager.
‘Due to the conservative character of the region, it is important to develop a staple product rather than a hit product,’ says Shinji Hirata, Chief Manager.
As a company based in Gifu and Nagoya, there seems to be an advantage of people supporting them as a ‘local industry’.
‘We are also hoping that other local companies do their best,’ says Hirata. It seems that everyone who seeks to develop of Chubu inspires one another. Taketoshi Tsuji／KAI Nagoya branch Manager, taking an interview in front of a portrait of Saijiro Endo II, who established the sales office in Nagoya. On holidays, he spends his time relaxing in the morning at a coffee shop with his wife.

Shinji Hirata／Chief Manager. After working at Osaka branch and Tokyo headquarters, he was assigned to the Nagoya branch 3 years ago. He used to play futsal often and has recently been rejuvenated by playing golf in Gifu and Mie. The reason why standard products continue to sell

The Nagoya branch is selling two standard, longtime sellers ‘Young T’ and ‘KⅡ’ Razors. They’ve sold more of these items in Chubu, their sales area, compared to any other region. This illustrates the regionality of the Chubu. Once they are convinced, they are less likely to go to other brands. ‘These items are rooted in this area as a result of our senior’s continuous effort’ says branch Manager Tsuji. He isn’t forgetting to grow customer satisfaction by continuing to sell these standard items in the Chubu area. 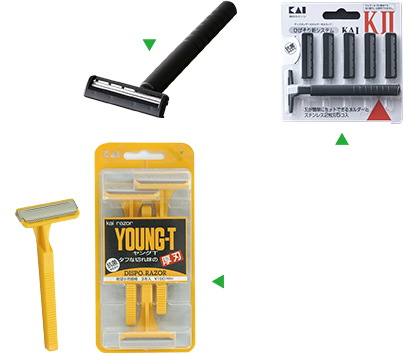 In collaboration with KAI, this ‘Japanese sword style knife’ was produced
because of increasingly popular patisserie.

The Owner-Chef Takeshi Shibata of the popular patisserie ‘chez Shibata’ participated in ‘Salon du Chocolat’, which was held in Paris. Shibata is assigned as ambassador for French ‘Cémoi’ chocolate, and for this occasion, presented ‘SAMURAI CHOCOLAT,’ which blended Japanese ingredients with Cémoi chocolate. Shibata ordered the KAI, ‘Japanese sword-style chocolate knife’. He succeeded in drawing attention by having customers cut chocolate with this knife.
‘Not only does it look unique, it has top cutting quality and I can also convey the traditional aspect of my hometown, Gifu, which was the major production area of the blade.
He has also shown a lot of managerial skills by expanding his stores to domestic and overseas markets.
‘To be a fresh brand forever, you must always change. You cannot create new things unless you take on new challenges. I would like to aim for something a step ahead from a pure patisserie.’
Shibata’s challenge will never stop. 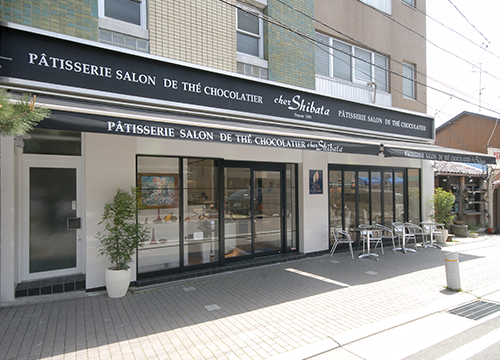 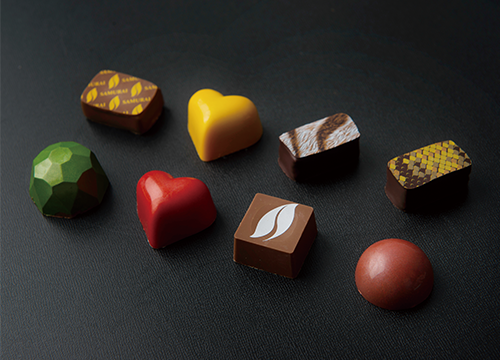 Since its founding in Tajimi City, Gifu Prefecture, ‘chez Shibata’ has become patisserie that has expanded to 4 domestic stores, 6 Chinese stores and 5 Thai stores. The second shop in this photo is located in Kakuouzan, Nagoya, and after its opening in 2006, other shops were formed in the vicinity. As a results, this area became the center of attention.