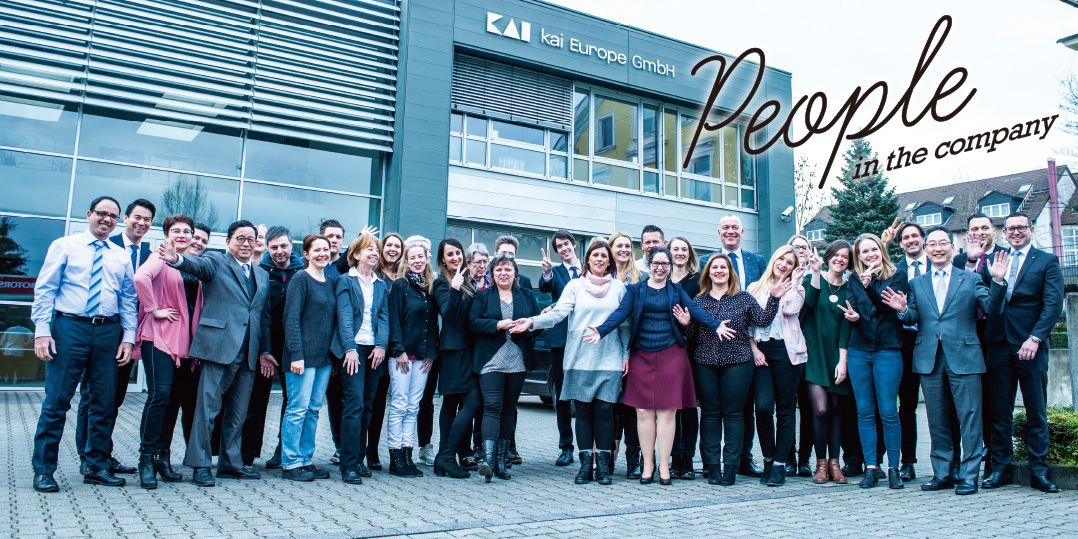 Taking on the business challenge in diverse Europe

KAI has a European base in Solingen, a world-famous city full of blade manufacturing. Mr. Ryoichi Ogawa MD was assigned by KAI to go to Germany in 1980. At that time, he had an office in Dusseldorf but moved to Solingen and established a local corporation, “Kai Cutlery(EUROPE) GmbH” (now kai Europe GmbH). Solingen was a place of cutlery tradition, so it was hard for a Japanese manufacturer to enter the market. But today, it has gained credibility and has become a member of the “German Cutlery Industry Association”. At first, Japanese kitchen knives did not sell, but among professional chefs, they had a reputation for cutting well. With the worldwide spread of Japanese food, Japanese knives were generally recognized as professional tools. There are many countries and many languages in Europe, meaning that the catalogs produced at KAI Europe had to contain least six languages. Furthermore, it has become necessary to expand KAI Europe’s market into new regions, such as Eastern Europe. “We are team of people with a good command of local language, and we would like to find out more of the local needs with our multicultural team,” says Ogawa MD. It’s required to adapt to continuous developments within the European market.

Ryoichi Ogawa MD (right)／Ambitious team member who has been working in Europe since 1980, establishing kai Europe GmbH. “I have experienced everything from warehousing, to customs declaration, and even to sales.” There is a plan to expand the office building.

Takeshi Kuraku DMD (left)／Born and raised in Germany until high school graduation. He just transferred to KAI Europe in January 2019. “I would like to make more KAI fans and propose more products for Europe.” 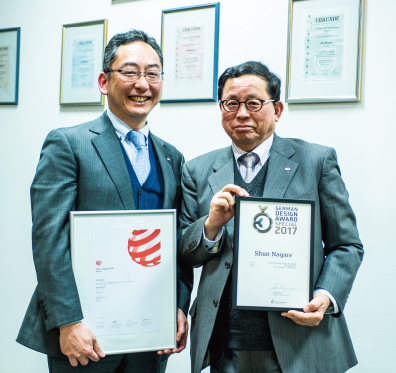 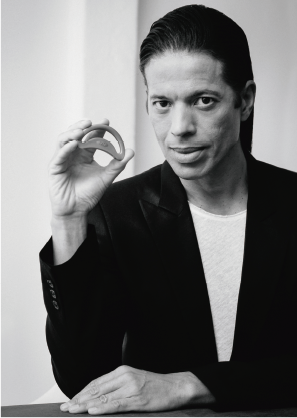 Jorge González has been active as a model and stylist since the late 1980s. He’s also performed as a musician and actor. Since 2016, González has collaborated with KAI Europe as an ambassador for the beauty care brand “MIMUNO.” In addition, he came up with the “KASHO STYLING by JORGE GONZÁLEZ” brand, which includes a hair dryer and an iron. To go with KAI’s technology, Jorge’s beauty knowledge is integrated into newly developed products in Europe.

Shown at the world’s largest exhibition,“Ambiente”

From February 8-12 in Frankfurt, KAI ran a booth at the world’s largest annual household goods exhibit, “Ambiente”. The sharp booth design showed off KAI’s 111th anniversary theme, “Edges Ahead”. Aside from the booth, the product reception was good. President Koji Endo and Vice President Hiroaki Endo were also there to meet business partners. The booth had always been a crowded place. And KAI had achieved steady results in Europe, which is an important market for the company.

(Upper right) Aside from the new Seki Magoroku, the Shun Classic White and Kamagata were also excellent. (Lower right) “Ambiente” is held in Frankfurt, Germany. This year, 92 countries and 136,000 attendees participated.

Japanese traditions were implemented in the Tim Maelzer collaboration knife. We held a co-press event at “Ambiente” and interviewed famous German chef Tim Maelzer, who has released a kitchen knife in collaboration with KAI. “In 2011, during my first visit to Japan, I had a chance to see KAI manufacturing - more manual work than I imagined - and I was moved by their craftsmanship.” The new “Shun Tim Maelzer” series was inspired by the traditional Japanese fishermen knives from the 14th century “I was able to create a simple, long-lasting kitchen knife, regardless of age,” he said.