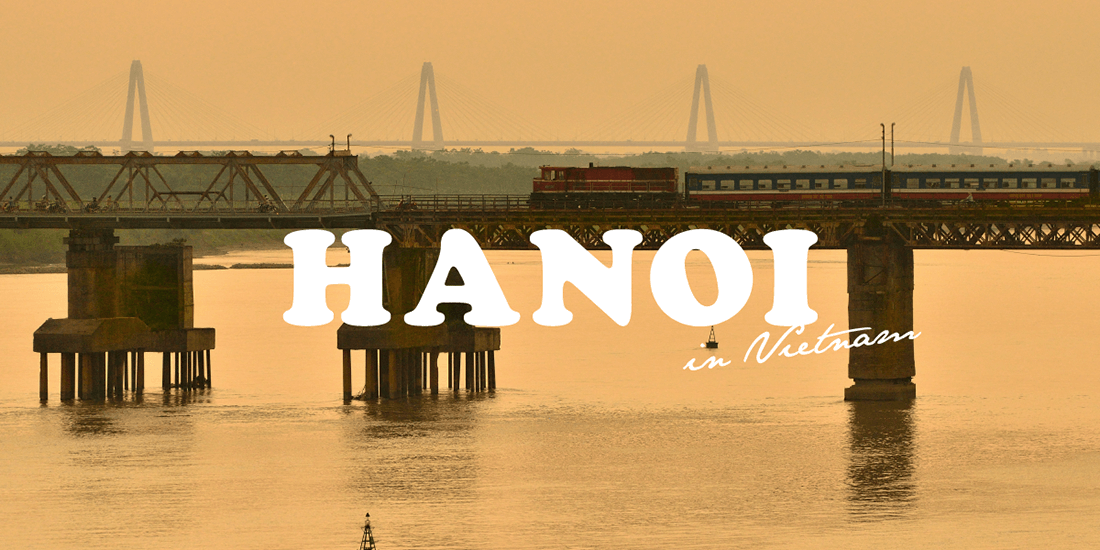 Hanoi's momentum is unstoppable. With a population of about 7 million and the average age being 27 years old, this young city's economy has been growing steadily.
At the Long Biên Bridge, which was built more than 100 years ago under French rule, one can see a large number of scooters zooming around.
Last year, Southeast Asia's largest bridge, Nhat Tan, which connects Old Town Hanoi and the airport, was opened.
In this melting pot of tradition and innovation we met craftsmen who act as bridges to the world around them.

The Chuon Duong Bridge, which was built in 1988 along the Red River, 2 kilometers downstream from Long Bien Bridge, has played a role in easing traffic congestion. 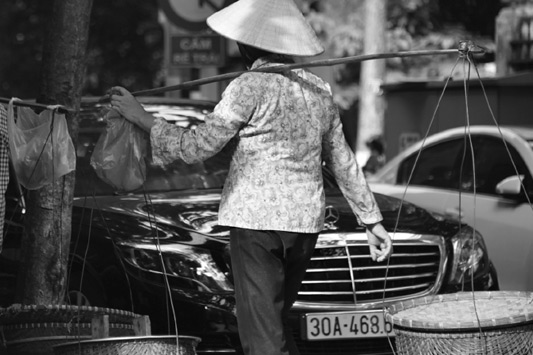 A Mercedes-Benz, a symbol of Hanoi’s economic growth, can be seen behind a saleswoman wearing a non la, a traditional Vietnamese hat.
Vietnam is the second largest exporter of rice in the world. It is also renowned for its pepper production. Vietnam is a country with a large agricultural sector.

When we visited the village of Duong Lam, located to the northeast of Hanoi, we were welcomed by Ha Ngoc Anh, who lives in the village, dressed in traditional Vietnamese attire. She dreams of studying abroad in Japan. She had a charming smile. 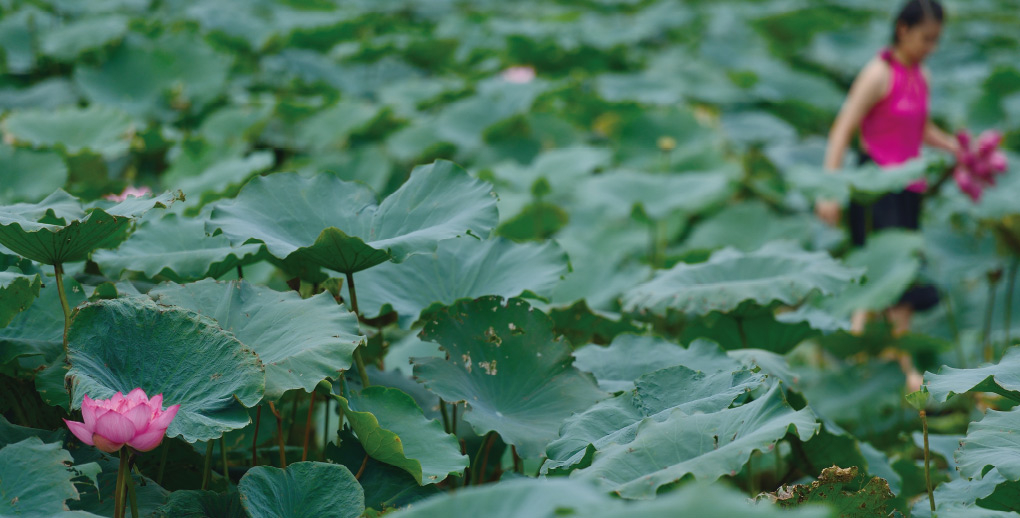 The muddier the water is, the bigger the lotus blossom. Lotus flowers have spiritual significance to the Vietnamese.
They decorate the entrances to their homes with the blossoms and they drink lotus tea. The village of Duong Lam has been designated as a cultural heritage site.
100 year old brick houses lend a unique atmosphere to this avenue. Children smile happily.

The craftsmen of Hanoi share a common goal:
'from Hanoi, to the world'.

Vietnam's culture is based on a fusion of east and west - Chinese and French influence throughout its history. Due to this unique historical background, Vietnamese craftsmen have a globalized view of the world. The village of Phu Vinh has a long history of bamboo crafting that spans more than 400 years. Hoang and Nguyen, residents of Phu Vinh, have been awarded more than 40 awards by the Vietnamese government for their work. They are passionate about collaborating with Japanese stores in order to create a new product line; thus, spreading their craftsmanship spirit around the world. Tuan Anh is from the village of Dinh Cong. This village has been home to a silver filigree that has been in operation for more than 1,000 years. Members of the Vietnamese royal family are patrons of this filigree. Tuan Anh is eager to collaborate with other countries and has attended Korean cultural events. In the fashion world, Le Ha, creator of the LEA'S clothing brand, also has a global perspective. She studied haute couture in Paris for four years. Since then she has tried to harmonize that unique experience with Hanoi's fashion scene, utilizing the beautiful lines of ao dai, the current leader in Hanoi's fashion scene. Tuan Mami, a skilled painter, opened a cafe & art space called 'Hanoi Creative City', which serves spirited young artists from around the world. Due to the country’s rapid economic growth, people place importance on efficiency. They tend to neglect taking the time to create something new with the utmost care. Yet, all the craftsmen that we met with had a global outlook, always having one thing on their minds, 'From Hanoi, to the world'.