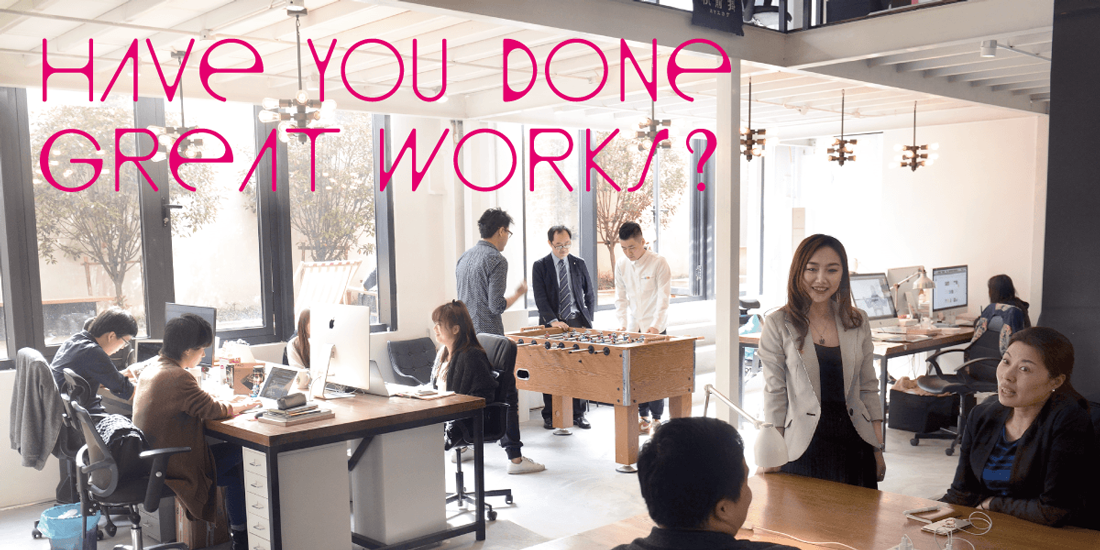 The creative agency, Great Works, is based in Stockholm.
It has branch offices in Sweden, New York, Tokyo, and Shanghai.
Their Shanghai office was established nine years ago.
Their creativity and use of mass media pushes the boundaries of traditional forms of media. 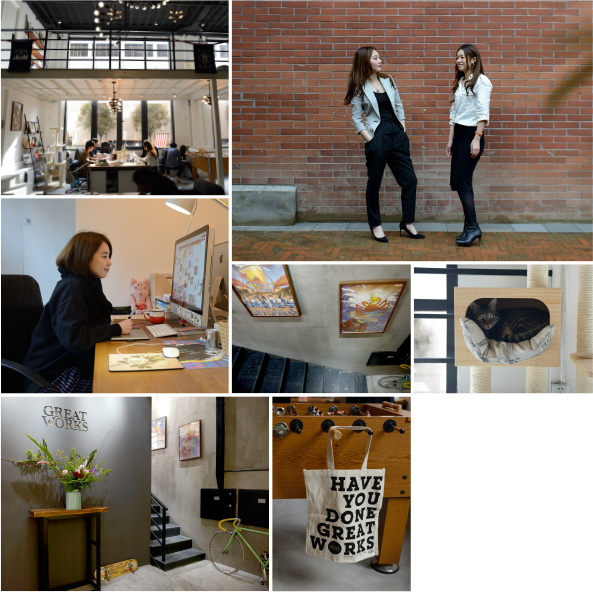 The power of the individual:
The possibility of a new Shanghai

Modern Shanghai is not only represented by its fashion and art. Creative marketing agencies in Shanghai are also letting their presence be known. One such agency, Great Works is unique and energetic. They count Asahi Beer, Toshiba, and Alibaba, Asia’s largest e-commerce company, among their customers. The young employees of Great Works manage creative marketing sales all on their own. None of their work is just outsourced. Nana, a company representative stated: ‘We are a talented team of illustrators and movie and web designers. This is our strong suit.’ We asked Yutaka Kawai, general manager of Shanghai KAI Trade Co., Ltd. who was at Great Works for a business meeting, why he does business with them.
Kawai explained: ‘E-commerce is vital to China’s smart-phone society. We were looking for a creative team that shared our philosophy of being flexible and having high-quality branding.’
Great Works was in charge of opening KAI’s store at the New World Daimaru shopping center in Shanghai last year. This year their job has been to promote the store using texting apps, such as WeChat. Great Works employees say: ‘Our mission is to create a positive experience for every company.’ They are literally doing Great Works. 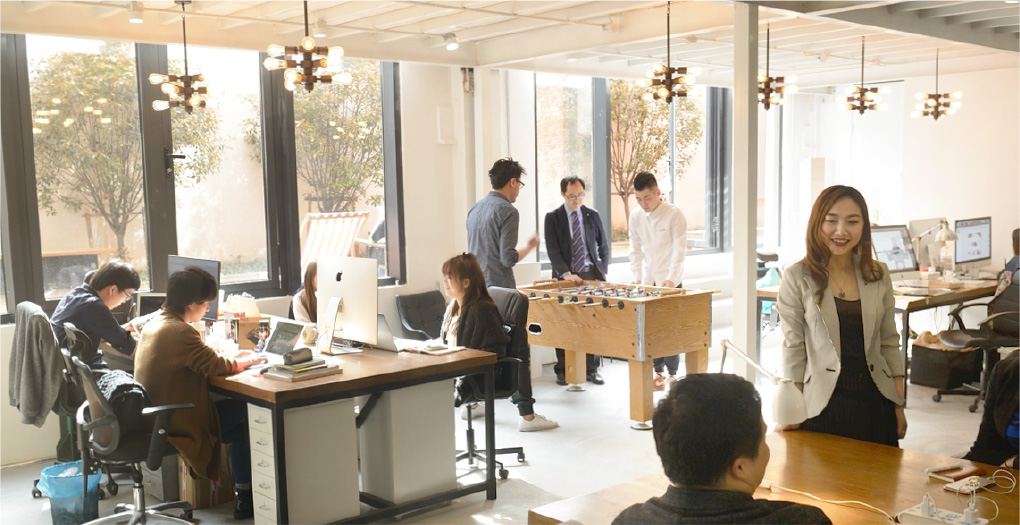 Daylight streams through the windows of the Shanghai office. The open-floor layout makes it possible to see the whole office floor.
A foosball table stands in the middle of the office.
When Yutaka Kawai from the Shanghai KAI Trade Co., Ltd. attended a meeting at Great Works, he played foosball with the Great Works staff.