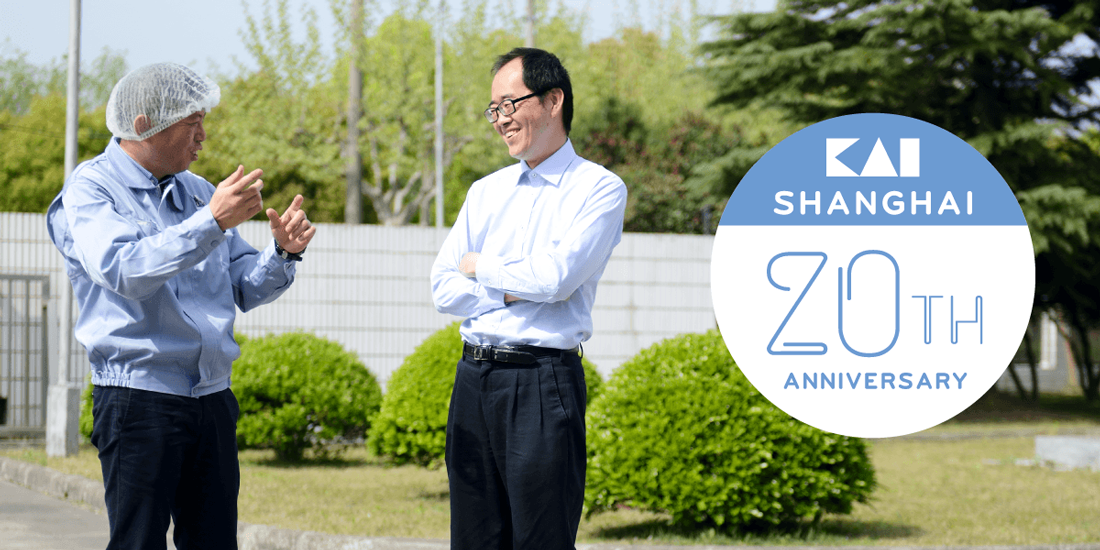 2016 marks the 20th anniversary since Shanghai KAI Cutlery Co., Ltd. located in the Songjiang District, began production. Akira Chikamatsu, general manager of Shanghai KAI Cutlery Co., Ltd. explained: ‘99% of the products manufactured here are razors.
They are mainly exported to Japan and the United States. When our factory opened we started with only 50 employees. We now have 235 employees. We import razor blades from Japan. We then do molding, assembling, packaging, and shipping. Over the years, we’ve bought more machines which has allowed us to produce more products.’ Akira is proud of the good communication between his employees. Everyone carries a walkie-talkie that is tuned to the same channel. If someone wants to change the order on the production line in order to increase productivity, the factory manager, for example, can tell everyone in the factory all at once. The Chinese are fast problem solvers because they aren’t shy about expressing their opinions. Many of the employees have been working at the factory since it opened. This has naturally led to smooth communication between workers and good quality control.
Currently employees export most of the products they produce. Their next challenge is to figure out how to develop a market for the products in China. Their good communication may help them break into the Chinese market in the near future.

From the right, Zhu Dan, Chen Ningning, and Qian Jia. Zhou and Chen have been employees at the factory since it opened 20 years ago. Most of the employees are from the Songjiang District, which is known for its many factories. Most employees, therefore, are quite familiar with manufacturing. They are proud to be a part of such a well-established company. This pride has led to a feeling of solidarity. Many employees commented that their co-workers feel like family.