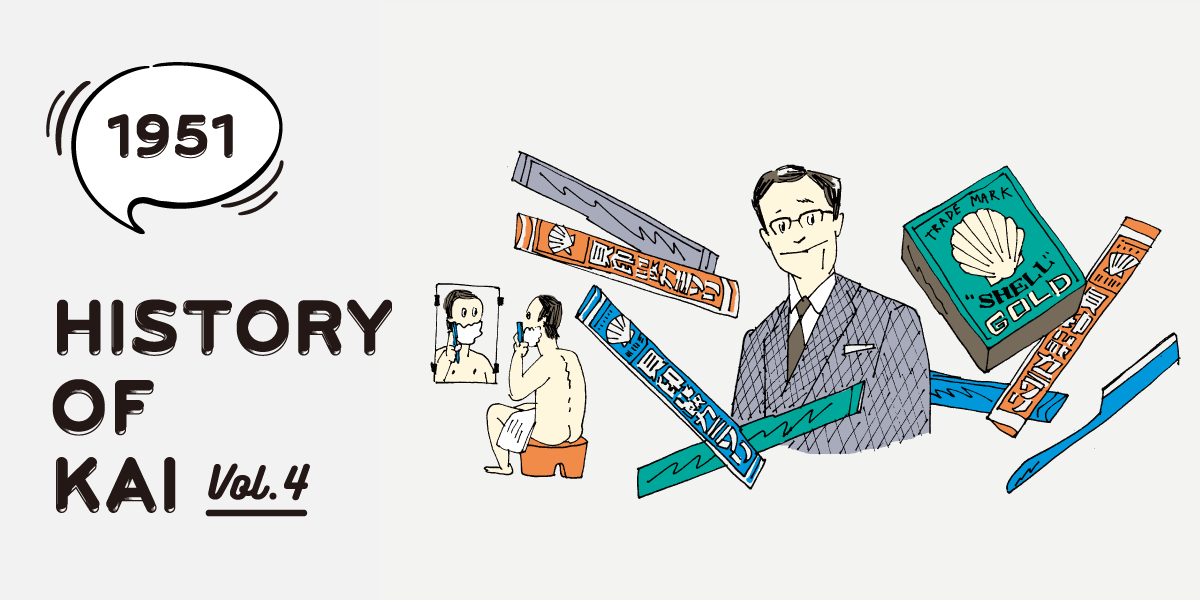 Passion for craftsmanship Engraved in the name KAI

It is the second generation Saijiro Endo who is called ‘The Razor King of Japan.’ He inherited the concept and expanded the business of the founder who created the foundations of KAI’s pocket knife and blade manufacturing business.

At his roots, he was called the ‘Razor King of Japan’ and both his and the roots of the company name KAI are attributed to the disposable ‘lightweight, convenient long-bladed razors’ being made by the second generation. Before talking about that issue, let us go back in time and see when he first started manufacturing razor blades. Shigeru Kanematsu, who inherited the name Saijiro II, was born in 1925. He was the second son of Kinichi Kanematsu who was the younger brother of the founders’ wife and the chief of a pocket knife factory. They have a relationship with the Endo family spanning three generations, and Shigeru, who was loved by the Endo family, felt that one day he would become a child of the Endo family and was in fact adopted into their family as they had no children of their own. When Shigeru was 14 years old he went for training at the Kosaka Cutlery wholesaling shop in Osaka. run by his father’s co-owner, Toshio Kosaka. He worked for three years diligently as a live-in apprentice then became independent in 1946. Starting at first by selling a replaceable blade, he slowly developed the market in Nagoya, founding the ‘Feather Co., Ltd.’. He started small with only one employee in a small squeaky-floored building. Later he purchased his own building and expanded the business to Tokyo. He kept expanding his market and by around 1954 his company had grown to 39 employees.

His main product was the Feather replaceable blade, and since he felt it was important to have his own unique product, he started producing long-bladed razors. He found out that razors were already sold at public baths and they were of poor quality. He developed a double-edged razor in the same style as a safety razor and divided it into a single razor to form two products.

In 1951 the first prototype was completed. When you make high quality goods and have a recognized brand, the product is sure to be a hit. Based on such ideas from the creator of the Feather brand, the name and brand KAI (shell) was born. By the way, why a shell? There are several reasons. The shell is the original cutting tool. The shell is beautiful and its flared shape is a symbol of good fortune. Furthermore the name Shigeru sounds similar to shell. The KAI long-bladed razors with a shell mark were recognized as a trusted brand and have sold very well. In 1953, shipping could not keep up with market demand. It is crucial for the brand to continue bringing quality to the customers. Such a belief is brought to the second and now third generations known with the KAI mark.