The KAI Fukuoka branch covers many areas, including Okinawa and Kyushu’s seven prefectures.
People from Kyushu island are known for their warm, straightforward personalities, which make it easier to connect with potential customers.
Because product demand is increasing, the sales method has to change accordingly.
Both traditional sales methods and new techniques are necessary to keep up with demand.

Nine sales representatives cover the Kyushu-Okinawa area, which is the business scope of the Fukuoka branch. “Culture and language are quite different when going to Kagoshima and Okinawa,” Chief Manager Yoshinori Hata said. “But wherever you go, they are open for everyone.”

Naoyuki Hirata, a new Chief Manager from Tokyo, seems to be accepted by customers even though he’s not local. In addition, Fukuoka Branch Manager Ichiro Takashima taught us that “You get better results when approaching honestly and directly, rather than using subtle techniques.” KAI’s sincerity is conveyed to customers in other areas. “Our company's basic goal is to make sales. We have not changed our business style drastically. That’s because our senior staff has earned longtime customers,” said Takashima.

Kyushu is surrounded by the ocean, which is filled with marine life. This means that kitchen knife sales for restaurants and fishermen are higher than other areas. Okinawa is also an important market. Here, two blades razor “GOGO2” is popular. There’s even growing demand from foreign tourists, mainly in Fukuoka. “Nail clippers are overwhelmingly popular,” Hirata said. “Beauty Guard” and “Pure Komachi” body care razors for women are also selling well.” Local and foreign demand are both being addressed by the KAI team. 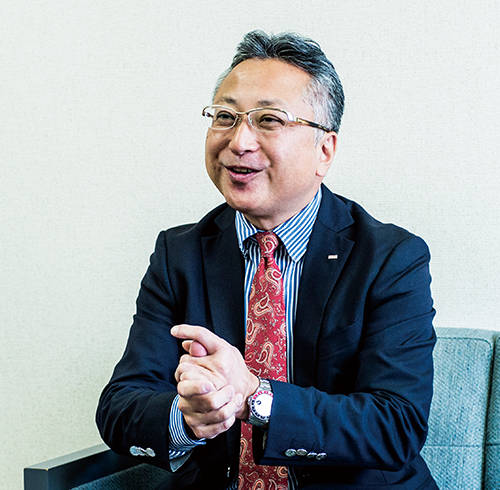 Yoshinori Hata, Chief Manager (left)／After joining KAI, he was assigned to the Osaka branch. After resigned once, came back to the Fukuoka branch ten years ago. “The ocean and the mountain are both a one-hour drive away,” he said. “Fukuoka is convenient for everything.”

Naoyuki Hirata, Chief Manager (right)／He was born in Gifu Prefecture. It has been less than a year since he moved from Tokyo headquarters. “Nagasaki Champon stir-fry noodles really fit with sake,” he said. He is already quite familiar with gourmet dining.

KAI has been in Okinawa since the 1970s!

The Fukuoka branch is responsible for Okinawa. In 1972, the U.S. still occupied many military bases on the island. During this time, the former KAI, Sanwa opened its first branch in Naha City. The goal was to expand KAI’s razor sales market. The branch’s only employee carried out sales activities at remote islands, including Ishigaki and Miyako. 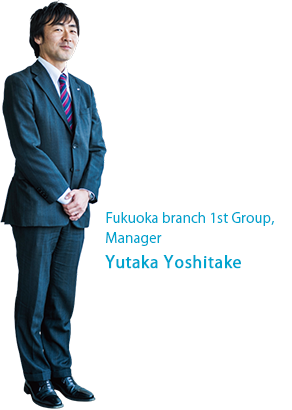