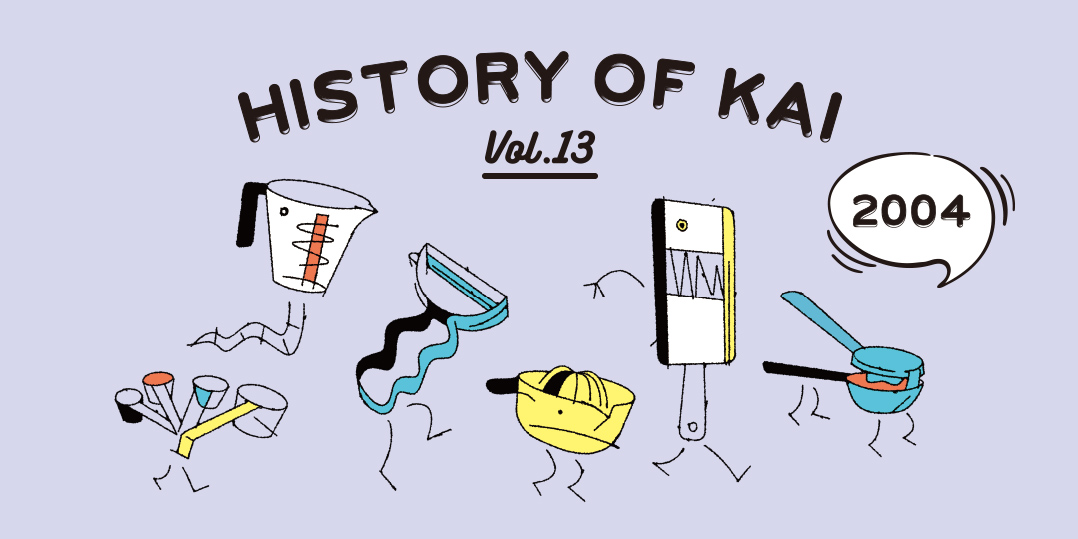 Before the 100th anniversary
Back to the origin of manufacturing

In January 2004, four years before KAI’s 100th anniversary, Koji Endo spoke his mind in front of all employees at the company social gathering. He said that it is necessary to build a new business design to further develop the company. Establishing mutual relationships with customers and collaborative relationships with related partners lies at the heart of this. The four themes of KAI are corporate message, corporate concept, corporate credo, and code of conduct. Koji thought that when all employees understand these that form the foundation of KAI. By cooperating and enhancing each other, it will lead to inspiring products and services. To reach to this idea, Koji has set up a business design study group with experts. He’s also been thinking about what a 21st century company is. In addition, a school called “Skhole KAI Management” was started in the company to promote the spread of the four themes. He gathered the upper management and gave lectures and discussions about six times a year to see how the philosophy can be put to practical use. This school later became a marketing training program for young employees, and it has continued to fill this need to this day.

In 2001, when a new personnel system was introduced, KAI started “hosting presentations of monthly excellence”. During these events, employees can share excellent knowledge and successful experiences by having detailed reports on the results of positive actions, including which actions led to an increase in sales. The accumulated success stories also provided guidance for each person to set an appropriate action goal. In order to share knowledge with everyone, different reward systems were tried at the time, including a system that earns points when submitting excellent reports. It also includes opportunities for outstanding employees to chat with Koji at restaurants in Ginza and Roppongi.

At the same time, Koji has begun to rebuild household goods that have lower brand recognition. He’s also advised a marketing project with a stubborn magazine editor. The editor pointed out that “there are a lot of products, but not desired products.” Koji said he recognized the need to return to the founder’s spirit of careful manufacturing from the customer's perspective. Therefore, he worked on entering new business opportunities, such as creating brand value with representative product groups, researching designs and functions that are targeted toward women - our main customers for household goods - and increasing overseas knife sales. The basic cooking utensil series “SELECT100” was born at that time. The series started in 2004 with over 20 product groups. In response to advise from culinary experts regarding frequently used cooking utensils, KAI analyzed the basic hand movements and ergonomics, aiming to create a design that is easy to use for many years. Each product has a story of shape and material. “SELECT100” is a masterpiece of KAI.

Koji has focused on learning, using areas like “Skhole KAI Management”, marketing projects, and results reports. The constant attitude of learning supports the development of the KAI Group.