First and foremost, a craftsman who has understood French traditions is an artisan.

The pinnacle of food cultures, Paris. Patisseries have their own tradition. The craftsmanship of the patissiers we met in Paris could also be called their soul.
Jacques Genin's shop is a comfortable cafe where you can choose a range of chocolates and freshly made pastries. ‘I am always here, making and creating new patisseries. I am just an artisan, making a traditional patisserie,’ says Genin.
Japanese patissierSadaharu Aoki cutting a matcha (green tea) roll cake with his favorite kitchen knife, 'Seki Magoroku' from KAI. 'The French treasure the history and roots of patisseries and nobody will accept you if you ignore it and create your own style,’ says Aoki. ’I studied such traditions thoroughly, and then 15 years ago when I opened the shop I presented sweets such as ‘matcha’ and ‘yuzu’ calling them by that name without translating them into French. Japanese-style play comes to life because it comes from the study of tradition. It is the difference between deviating from traditions and expressing your individuality. Sells wholesale to first-class hotels
and three-star restaurants. In 2009,
he opened 'Jacques Genin Fondant
Chocolat' where a salon de thé is
attached, located in the
neighborhood of North Mare.

There are lots of cute and stylish
chocolates suitable as souvenirs. It is
enjoyable choosing your favorite
bonbon chocolate from among the
many kinds and having it wrapped in
an aluminum package. Patissier of 'Patisserie Sadaharu Aoki–Paris.’ In
1991 he moved to France and opened his first
atelier in 1998. He has a shop in Japan as well,
but all of the sweets there are sent from Paris.

Colorful chocolates make you happy. They are also popular for Valentine's Day in Japan. He has been awarded prizes in numerous contests and is also a member of the prestigious Association of Patissiers.

Playing upon tradition, and not being afraid to make it evolve.

Cyril Lignac is known as a star chef. But he is always working on new developments. Recently he opened a chocolaterie near his own patisserie. This chocolaterie is basically for takeout but you can also sit and eat chocolate, eat breakfast, or relax and do work on laptop computer. It doesn’t matter how you spend the time. It’s a chocolaterie that’s free and casual. ‘Basically I am doing things traditionally, but I'd like to try modern concepts as well,’ says Lignac.
At Mamie Gateaux you can enjoy homemade sweets like grandma makes. ‘Although it is traditional, much of our menu is original. I innovated based on the sweets that I learned from my mother-in-law or the ones I was offered from my friends, with my own wisdom and experience. I want to make something that you want to eat right away while it's still warm,' says Mariko Dupressis, the owner.
Their style emerges from the way they innovate based on tradition. 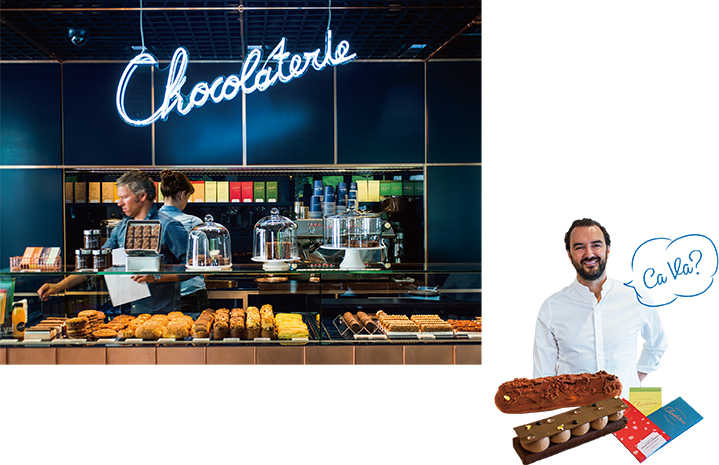 A chef at a Michelin-starred restaurant who
also runs his own bistro and patisserie, he
recently opened 'La Chocolaterie Cyril
Lignac.' He is a star chef who frequently
appears on television and in magazines,
and he has many publications.

A modern-design chocolatier with a homey atmosphere. You can casually enjoy eating chocolate here. His patisserie is just nearby, and he thinks of this new chocolatier as an extension of his patisserie.
Mariko Dupressis

She runs the salon de thé Mamie Gateaux
that opened in 2003. 21 years ago, after
working as a patissier in Japan. In Paris as
well she studied at Le Cordon Bleu to
become a patissier, and acquired the C.A.P
national qualification. 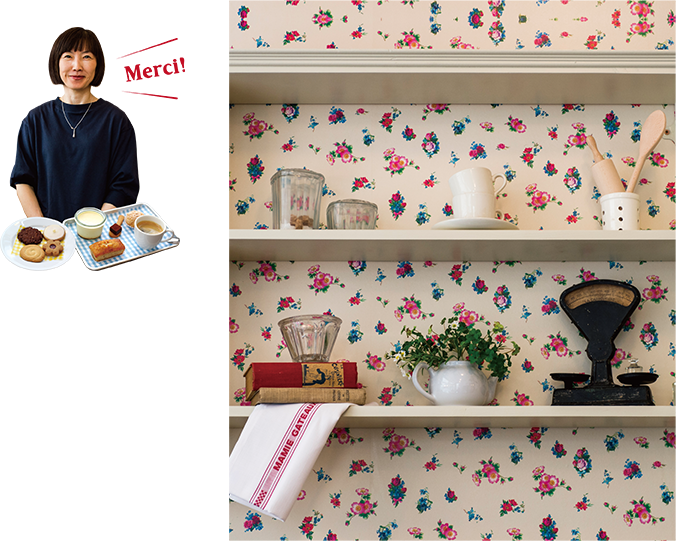 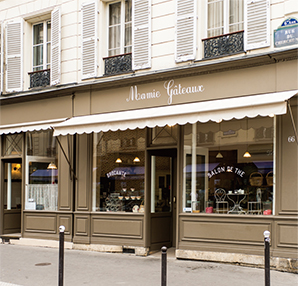 She is collector of Brocante (vintage pieces) and used to run a
Brocante shop before. It’s filled with lots of cute retro things.
You can relax in a natural and feminine atmosphere.

KAI Sweets Koshien has been held since 2008. High school students nationwide create original sweets, aiming to be the No.1 high school patissier. The winning team will be given a training tour to Paris to meet and learn from famous patissiers.
The four patissiers who appear in this issue were each patissiers who took part in this training. It gave the Japanese students a precious and valuable experience. 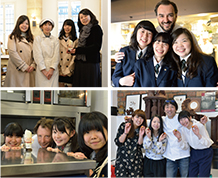