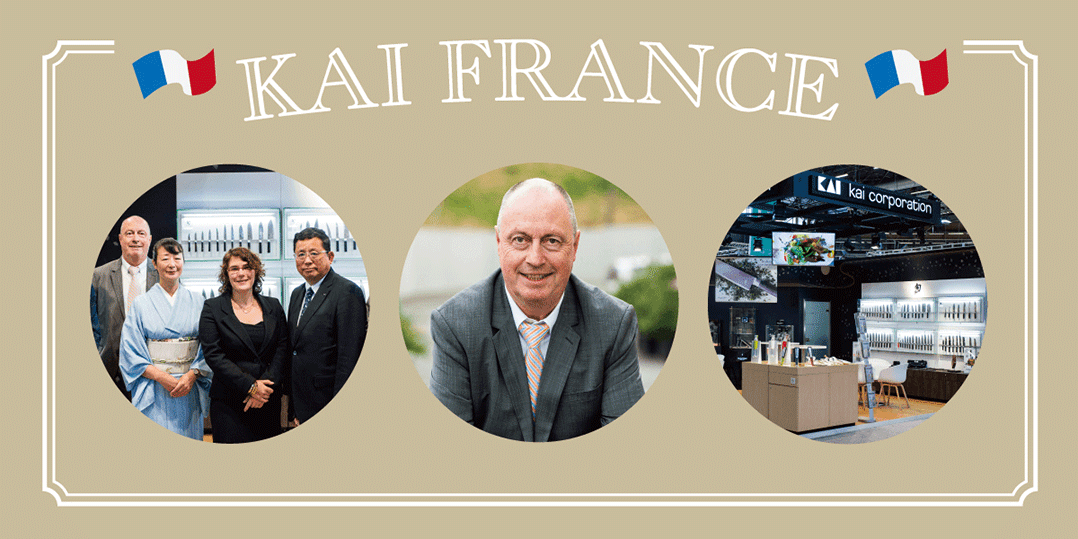 What is the Leonardo Da Vinci Award that KAI was awarded in France?

In 2014, KAI group won the internationally prestigious Leonardo Da Vinci Award. It is awarded jointly by the Henokiens Association, a global organization, a family gathering of companies of more than 200 years of age, and Clos Lucé Castle where Leonardo Da Vinci spent his last years, both based in France. The family company winner needs to be a major shareholder and business for at least 2 generations. The first winning company was Salvatore Ferragamo from Italy. There is no doubt that it will be proof of great trust in France where many traditional firms are based. The branch manager of KAI France, Michel Hourvitz, feels the award’s importance.
'We launched a showroom in Paris in 2014 and now it is the only kitchen knife manufacturer that sells at all department stores in France.
The market for kitchen knives has been growing since around the year 2000. From now on, we would like to develop our market with a proper vision to spread a better understanding of knives.
’ Leonardo Da Vinci award winner, KAI France, is now ready to launch in France on a solid foundation. KAI France was established in 2015. It is an important central office that covers the entire European market. A chef representing French cuisine, Michel Bras collaborates to develop kitchen utensils such as kitchen knives. Professional chefs' needs for such knives are growing. KAI France is holding an exhibition in Paris' worldwide fair 'Maison& Objet,' which is held twice a year. 'Although we have shown only new products before, in the autumn of 2016 we presented our full lineup. We aimed to develop an understanding and spread the concept of KAI,' says Hourvitz.